Wildlife Tours in India at a Glance

Once upon a time a shy British colonel who used to dress only in bush clothing risked his life many times to shoot the man eating tigers of the Kumaon Hills, Uttarakhand, India. Though never shot a tiger or leopard until he was convinced that the animal had taken to man eating yet the legend of Jim Corbett is still alive, not only in the minds and hearts of the people of Kumaon and Garhwal, but also continues to intrigue people across the globe. He was much in love with the people of India and understood their sentiment. As a token of respect to this great man, in his memory India had her first National Park, the Corbett National Park, which is now known as the Jim Corbett National Park. Today India hosts around 100 national parks scattered throughout the country dotted with raging beasts and rare species of plant, which has fuelled the growth of wildlife tours in India.

A holiday in India may bespeak of heritage, culture, religions and varied landscapes but from the core she is as anxious as she is beautiful. The wildlife tours in India add a different beauty to some ardent travellers who just cannot leave the jungles but plans his or her next visit to India. Such popular tempestuous destinations are the Corbett National Park, Kanha National Park, Bandipur National Park, Gir National Park, Kaziranga National Park and Ranthambore National Park. These parks are home to rare species of animals, birds and plants. Tourists can engage themselves in adventurous jungle safaris that include elephant safaris and jeep safaris. 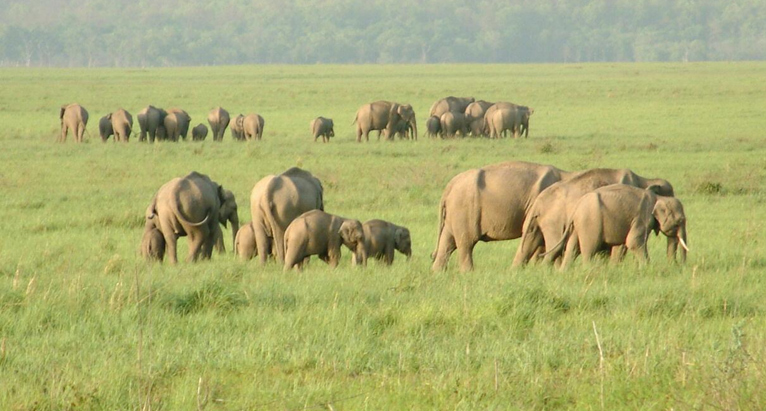 Located at the foot of the Himalaya in the state of Uttarakhand, the vast and sprawling forest, cut cross by the Ramganga River, covers a buffer area of 798 sq. kilometers and a core area of 521 sq. kilometers. It is popularly known for housing tigers and other endangered species. It was the first national park in India that came under the Project Tiger initiative in the year 1974. Further stretching over five zones, open for the tourists, the Corbett National Park organizes safaris to specific zones that include Jeep Safaris and Canter Safaris. Spotting out wide range of mammals and reptiles including Indian Python, the park bustles with serious birding and one can even indulge into several activities like hiking and fishing. Corbett National Park along with Nainital, Ranikhet and a few other hill stations in Uttarakhand is undoubtedly amongst the most anticipated wildlife holiday in India for both adventurer and leisure traveller. You can also join Facebook community at https://www.facebook.com/corbettnationalpark 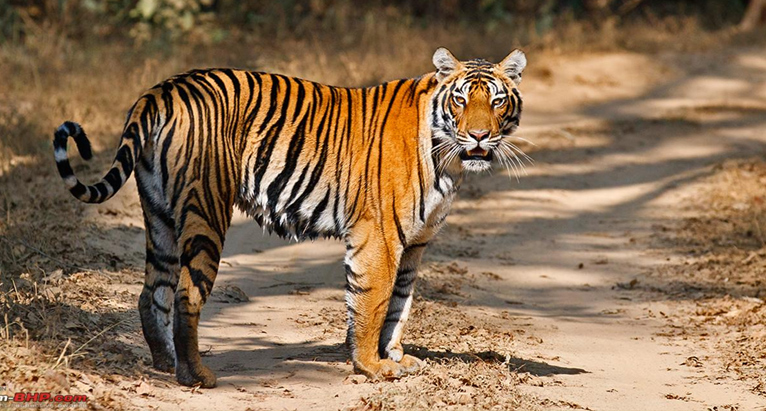 Abode of Barasingha, the Kanha National Park is also popularly known for its significant amount of population of tigers. The park is divided into four safari zones and exhibits a wide range of mammals from types of Deer, Gaur, Hyena, Jackal, Jungle Cat to Leopard, Wild Boar, Indian Wolf, Common Mongoose, Indian Fox and more. Further the Kanha National Park also engages with exploring the nature and natural habitats that include rare species of plants and birdwatching. The park hosts jeep safaris into its specific zones thus making your wildlife holiday in India to blend with its sprawling hues. 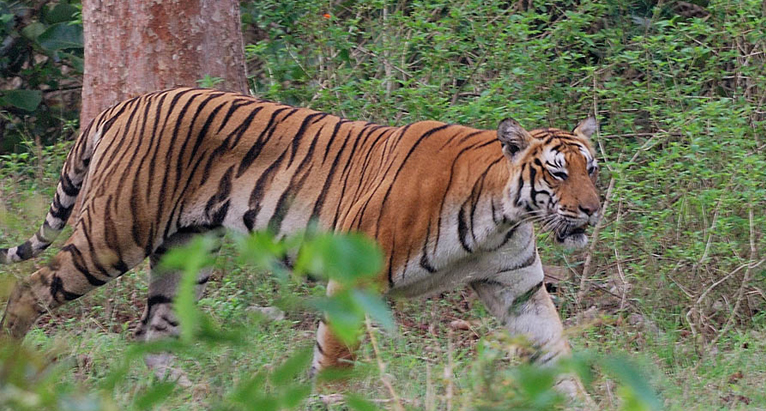 This Park is famous for its big cat’s. One can even spot a herd of chital, gray langurs, Indian giant squirrels and elephants. The Bandipur National Park is bestowed with wide-ranging butterflies, ant species and dung beetle species as well as reptiles like Spectacled cobra, Indian rock python, vipers, rat snake, muggers, monitor lizards, Indian chameleon, Indian pond terrapin, agamids and flying lizards. You can even make your trip to Bandipur National Park more exciting by engaging in activities like hiking, elephant safaris and camping. 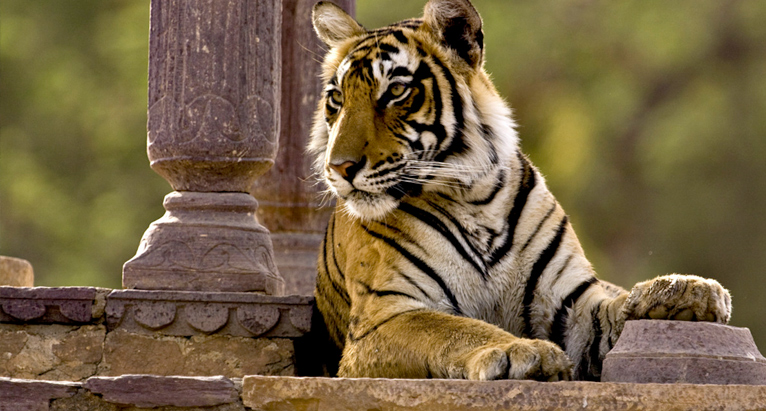 One of the most bustling destinations for wildlife lovers, the Ranthanmbore National Park, which is located in the incredible state of Rajasthan, promises a jaw-breaking wildlife holiday in India. Amongst a great variety of animals, it is the tiger with its majestic stripy presence that draws the maximum attention. Surviving near extinction it is now the pride of the park. The Ranthambore National Park is also a popular weekend getaway from nearby cities like New Delhi, Jaipur, Agra and Gwalior. The park other than a wide range of mammals and reptiles is also popular for its rich flora. It hosts one of the largest banyan trees in India. Further covering an area of approximately 400 sq. kilometers the park is divided into 9 different zones thus allowing travellers to explore the wilderness and feel the intensity of its whispering wood. The major attraction remains T16, also known as Machali, dubbed as the Tigress Queen of Ranthambore National Park.
Facebook Community- https://www.facebook.com/ranthamborenationalpark 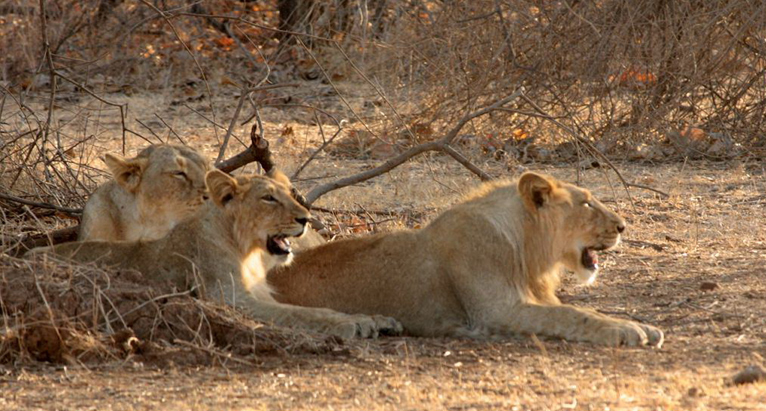 A sole adobe of Asiatic Lions, this park is also a home to Indian Leopards, Sloth bears, Indian Cobras, Jungle cats, Striped Hyenas, Golden Jackals, Indian Mongoose, Indian Palm Civets, and Ratels. Desert cats and Rusty-spotted cats exist but are rarely seen. It is located in the state of Gujarat and covers an area of 1412 sq. kilometers. Nonetheless like other national parks in India, the Gir National Park does not have a designated area for tourists but an Interpretation Zone has been created at Devalia within the sanctuary instead. 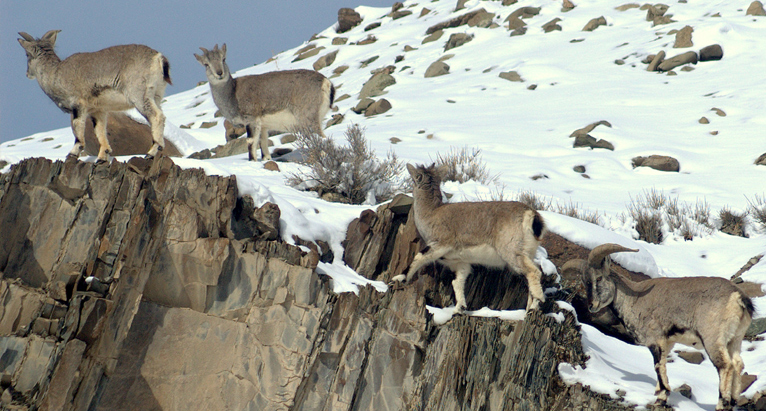 Popular for snow leopards, blue sheeps, red fox and other Himalayan species, the Hemis National Park is the highest national park in India, which covers an area of 4400 sq. kilometers. It is also a renowned trekking destination in the Ladakh region that covers the entire Rumbuk Valley. Along with spotting various species of mammals and migratory birds, a trek to Hemis National Park also acquaints the traveller with the traditional lifestyle of the locals dwelling in the Rumbuk village, which is one of the remote villages in Ladakh region. One of the endangered species is the Eurasian Brown Bear. Being set at a high altitude with elevation ranging from 3500 to 6000 meters and above, visit to Hemis National Park requires some serious acclimatization. Furtherance the popular Snow Leopard Trek during the winters takes you to the wild rage of the Indian Himalaya. 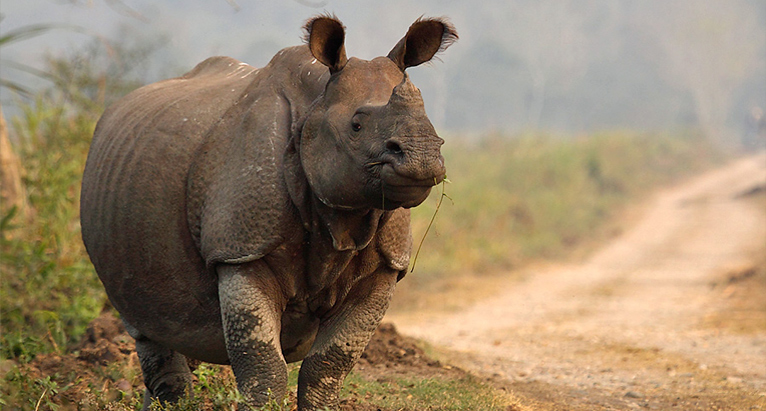