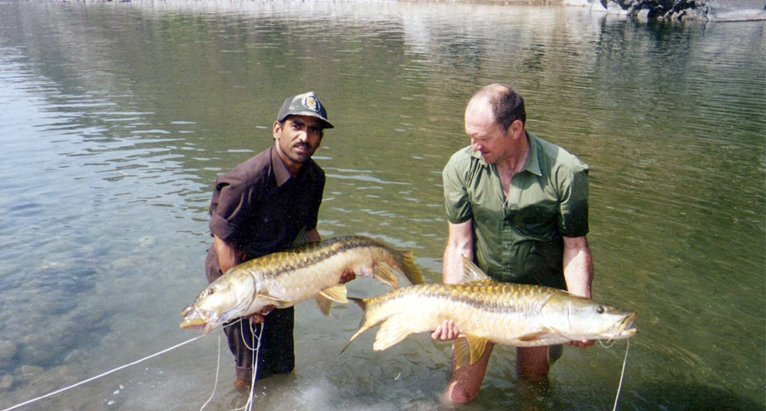 The Jim Corbett National Park is a perfect haven for many endangered wildlife species. It is spread over an area of 521 square kilometers in the foothills of the Himalayan range. This park is spread over two districts, Pauri Garhwal and Nainital. 312.86 square kilometers of park area comes under Pauri Garhwal and the remaining 208.14 square kilometers comes under the Nainital district of Uttarakhand. The park  has a rich and diverse wildlife, especially tigers. Moreover, this park is also a preferred destination for all those who are big fans of angling and fishing.

At the end of the 18th century, the region where the Jim Corbett National Park is now located was used as a hunting reserve by the then Lieutenant Governor of the region. Once, Jim Corbett and Sir Malcolm Halley were on a fishing trip to Western Ramganga. It was then that the idea to set up a national park in the bordering jungles first crossed their mind. A region was allocated to build a park where no hunting of animals would be allowed. This paved the way for the first national park in the country which came into existence in the year 1936. The popularity enjoyed by the park can also be attributed to the Ramganga River which flows by the park and is  an abode of massive Masheer, Goonch and many other fishes.

Despite the fact that Jim Corbett is more famous as a conservationist who was a tiger hunter in  his earlier life, his fishing exploits  in the Ramganga Valley turned out to be the theme of the classic tale “Fish of my Dreams”. The most ideal places for fishing in Ramganga River are near Balyuli and Badharan Bashal; places like Matwash and Rikawasi are also popular fishing spots. The stream flowing through these regions provide anglers many options to choose from, like what type of fish they want to concentrate on- some areas are rich in specific type of fish, whether they want to engage in angling from the banks or on a boat. The river Kosi also flows by Corbett. Fishing is a significant enterprise in this river. This river forms the eastern boundary of Corbett from Mohan and terminates at Ramnagar. This river is rich with the Mahseer Fish. Fishing is permitted in Kosi, from October to June. In Kosi, the places where fishing and angling can be comfortable carried out are Betalghat and Chhara.

According to a survey conducted by the Wildlife Institute of India (WII) in 2005, forty-three species fish f belonging to nine families and six orders of were documented in the river system. This list of rare fish species comprises the Indian Trout, The Golden Masheer, Goonch and the lesser known Kalabasu.

If a tourist wants to do the fishing of the huge Goonch fishes, he needs to be extremely geared up. Masheer fishing is a unique recreation in itself as it is also famous as the other fish games, reason behind it is the fact that this fish clutches the bait very fast, predominantly when the enticement is a live fish, spoon, plug or a fly. The Masheer fish that are usually seen on the waters of this park are the Black Masheer, Goonch and the Silver Masheer.

Ramganga River emerges from Dudhatoli, which is located at a distance of about 140 kilometers north from the Corbett in the foothills of Himalayas. The river meets the Ganga at Kannauj, after travelling a distance of 1080 kilometers. The Upper Ramganga River, on the top of Kalagarh in Jim Corbett, there flows Sonanadi River. The Sonanadi River drains into the enormous reservoir of Ramganga making it a significant fish habitat in the middle of the park. This water flow meets at a confluence known as Domuda in the northeast corner of the park. This river stretches above the park and enters into the villages and passes small temples, terraced fields and ashrams along its way. This stretch is approximately of 50 kilometers till Jainal. 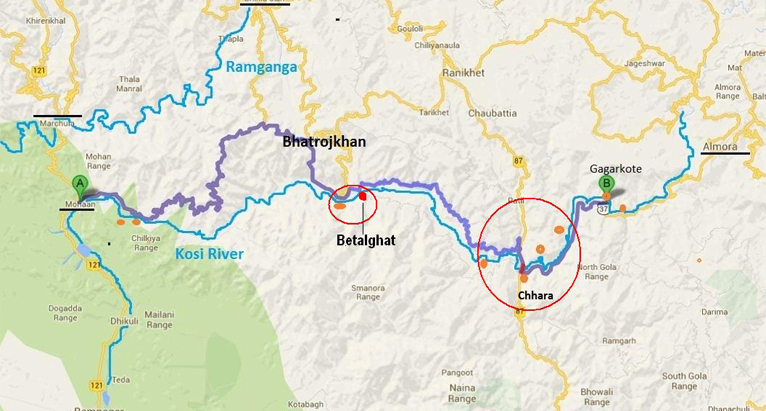 Fishing can be done in the Ramganga river all round the year as the river is not affected by snow water. Fishing season in this unique area around Vanghat is from early October to the mid of June along a 24 kilometer stretch. Masheer Fishing is closed during the breeding season in the monsoons, from the month of June to September. On the other hand, fishing is allowed in the Upper Ramganga, stretching a distance of 100 kilometers from Nagataley to Masi.

Ramganga River also acts as a preferred habitat for the endangered and endemic fish eaters Mugger and Gharial and is a heaven for Common Otters, Small-Clawed Otters and Smooth Coated Otters. Various species of Giant River Terrapins, Soft Shell Turtles and the other rare turtles such as Indian Peacock and Indian Black Softshell Turtles, Tricarinate Hill Turtle along with a wide range of River Shrimps, Eels, Fresh Water Crabs are present here. Avian hunters that are found in this river are Gray Headed, Pallas’s, and Universal Osprey. Other species include Darters, Herons and Cormorants as well as many species of Kingfishers.

The ideal months for undertaking the recreational activity of angling and fishing in Corbett are from the month of October to May.

Corbett is a great place for the anglers as it offers matchless opportunities to engage in this exhilarating activity while staying at a Masheer Fishing Camp. Angling freaks should not miss the chance to catch fish amid the nature’s bounty.