Can You Visit Corbett During the Monsoon Season?

As the monsoon season approaches, a question that many of us have in our minds is whether or not one can visit Jim Corbett National Park during the monsoon. The fact that there are conflicting stories going around that the park is closed/partly closed during the monsoon only add to the confusion, and can be a dampener for visitors who are planning to pay the animals of the park a visit and catch them in a slightly different avatar, drenched in water. To set the record straight, there is at least one such zone where visitors are allowed inside the park: Jhirna zone. On account of heavy rainfall, the rest of the zones are closed during the monsoon for safety season. Also, the monsoon being the breeding season for many animals, it is another reason why these zones are closed. But that shouldn’t bother you much as you can have a jolly good time in the Jhirna zone and its buffer areas. 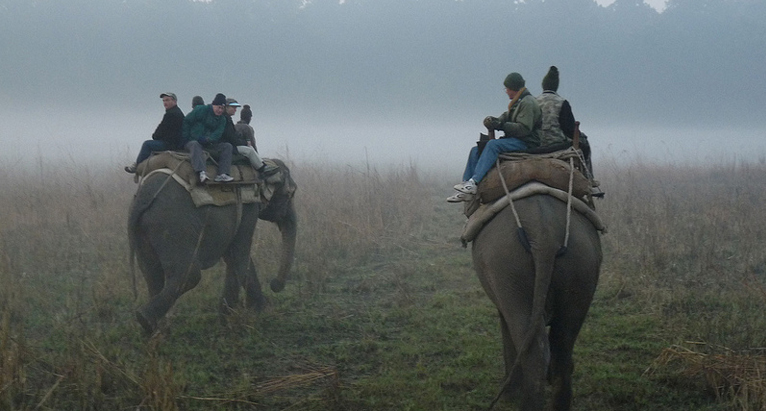 Advantage of visiting Corbett during the monsoon

One great benefit of visiting the park during the monsoon is that you don’t have to face the rush which is normally seen during the peak season. As such you are guaranteed of an undisturbed sojourn among the serene forests of the park and its wildlife. With dwindling tourists comes another benefit, that of tour operators offering one attractive package after another. Since there are fewer tourists there is intense competition among the operators and they are ready to pass on some of the benefits to the visitors to win them over. The effect of the off-peak can be felt in areas of accommodation as well, among others, and it is therefore an opportunity worth exploring.

Activities that one can undertake inside the park during monsoon

When it comes to activities that one can carry out inside the park, you will be pleasantly surprised to know that certain activities like rafting can only be pursued during the monsoon season, for outside the monsoon season, the Kosi River remains shallow and is therefore not suitable for rafting. Consequently, if you are a rafting lover, you don’t have much option left but to visit the park in monsoon. The rapids of the river are suitable for beginners as well as professionals as they are rated grade II and grade III.

Most zones of the park remain closed during this period, but it is business as usual for the safari tours which are in great demand among the visitors; you can enjoy this thrilling activity in the Jhirna zone and the buffer areas where access is still permitted.

Both jeep and elephant safaris are available for visitors. But while on a safari, it is mandatory that you are accompanied by a guide, which is in a way helpful because as he knows the park inside out, he rarely puts a foot wrong and you always end up being at the right place at the right time; to put it simply you get to see the maximum number of animals ranging from the commonest to the rarest. Park rules however forbid you from leaving the jeep, except for extraordinary circumstances.

Jeep safaris are very popular in Corbett as they are a practical and convenient way of sighting the flora and fauna of the park. Apart from helping you explore the Jhirna zone, a jeep safari would also take you to the buffer area of the park, the Sitabani zone. Organized in the morning and evening every day, jeep safaris are normally of three hour duration. Visitors though need to obtain permits from the Corbett Tiger Reserve authorities in advance before they are allowed permission for a safari.

Watching the wildlife while riding on the back of an elephant can be a memorable experience especially because you are able to get a bird’s eye view of the landscape. Apart from the Jhirna zone, elephant safaris are available in both Sitabani buffer zone as well as Kumaria buffer zone, and both these zones remain open all throughout the year. Lying on the Mohaan – Ranikhet road, Kumaria is a peaceful abode for many species of wildlife. Birders in particular are going to have a field day at Kumaria as it is host to a large number of bird species, many of them rare and endangered.

During the monsoon season, the weather takes a break from the sweltering heat and the hilly terrain of Corbett records a significant amount of rainfall, sufficient to damage human passageways inside the park. This means that it is not very safe to move around the park during this time, precisely why the park authorities close down all the zones, viz. Dhikala Zone, Bijrani zone, and Durga Devi zone, while leaving the Jhirna zone open. For the benefit of the tourist, the Jhirna remains open all throughout the year.

The dangers posed by the bad roads notwithstanding, as the onslaught of monsoon continues, the trees of the park begin to take on new costumes, shedding their worn out ones, while the undergrowth turns lush green and there is an abundance of food for the herbivores of the park. Jim Corbett in rainy season has another effect, that on the lakes and ponds of the park, which now are full to the brim. Animals no longer go thirsty and they are in their playful best, swimming and showing their acrobatic skills in the water. If you are thinking that something is amiss, you are wrong, for the fierce interplay between the predators and the prey is very much there, if not more intense than ever. The abundance of food for the herbivores and the breeding season together help to increase their numbers, but the big cats of Corbett closely followed by the smaller predators are quick to make a meal out of any straying animal. And the encounter taking place in the rain, and sometimes on wetlands, is a sight that will linger in your mind for a long time. This is a big reason why a tour to the park during the monsoon, despite all the challenges, is a dream vacation for nature lovers.

Opening the gates for tourists saves the wildlife from poachers

Yes, you are hearing me right. During the peak seasons, and when there is a continuous inflow of tourists, poaching activities goes down remarkably, something that has to do with poachers trying to avoid being getting noticed by people. Now a complete halt on tourist movement on account of heavy rainfall, which leads to unsafe roads, would therefore be a golden opportunity for the poachers to strike and escape unnoticed. This concern has influenced the park authorities to keep at least one zone open all throughout the year, monsoon included.

It is sometimes easy to sight animals during the rainy season!!

With rain in its full swing, many areas of the park gets submerged and the animals come out to areas that are placed in higher altitudes, especially areas dominated by teak plantations, and on some occasions to pavements. Another reason that cases the animals to leave the thick forest and come out to the open is the swarm of insects that attack them relentlessly. You will spot a number of Corbett’s famous animals like deer, boars and antelopes, who are also busy preparing for the arrival of a new member of their family. The monsoon brings a lot of hope for the avifauna of the park as well, as it is their breeding season. The abundance of ground vegetation and insects are just the perfect dinner for them to acquire the required energy and fortitude for this amazing natural process to march towards its natural conclusion. Some popular bird species of the park include quails, patridges, pheasants, raptors, owls, parakeets, and barbets.

Considering how the monsoon season positively affects the wildlife of the park, there shouldn’t be any doubt that monsoon season is a blessing for nature lovers to spend some incredible moments amidst the animals of the park!!